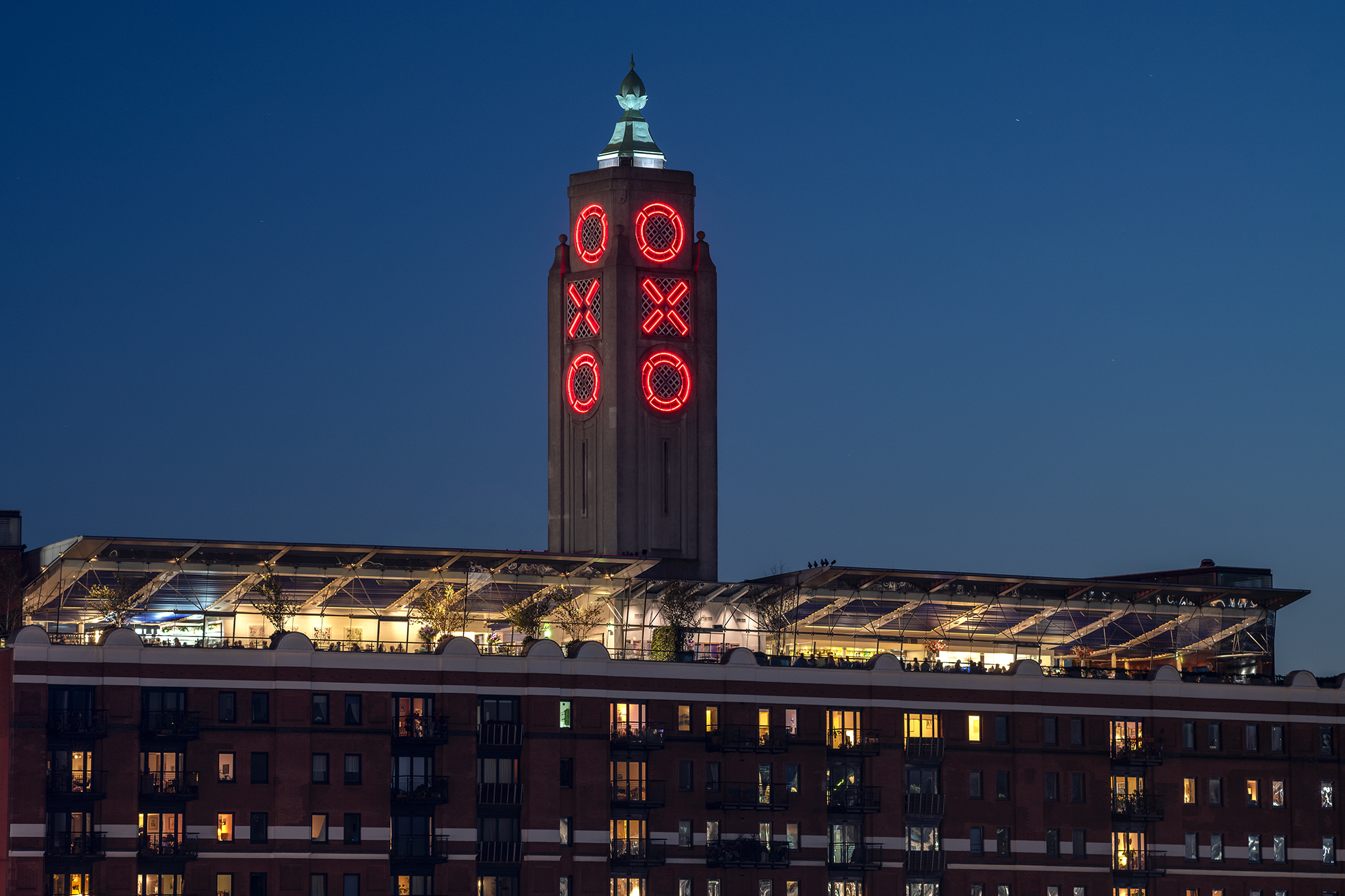 You may know it for the award-winning restaurant or its hive of independent design-based shops and studios. Perhaps you’ve taken in an exhibition or maybe you just know it for the buildings distinctive design and branding. Oxo Tower is not just a South Bank landmark but a London landmark too, with as rich a history as any building that adorns the capital. However, many Londoners and tourists alike don’t know its story or how it came to be, so we thought it was about time we shone the spotlight on this iconic structure.

South Bank is known for many things; art, live music, restaurants, bars, theatre – you name it. But being a cultural centre of London wasn’t always what the area was known for. Things were a little more industrial, with the likes of the Red Lion Brewery and Shot Tower sitting on what is now the Southbank Centre, whilst wharves, warehouses and muddy banks stood where people now walk down the Queens Walk promenade. Therefore, it’s only fitting that the Oxo Tower started life as a power station, built in the late 19th or early 20th century (no one quite knows the exact date), with the sole purpose of providing electricity for the Royal Mail. How then, did a humble power station become embellished with the letters O – X – O and are they really related to ‘that’ Oxo? Enter the wonderfully named Liebig Extract of Meat Company, who, in the late 1920s, acquired the site to convert the building into a cold store. Liebig were famous for making Oxo Beef Stock Cubes, so yes, Oxo Tower really does get its name from that! 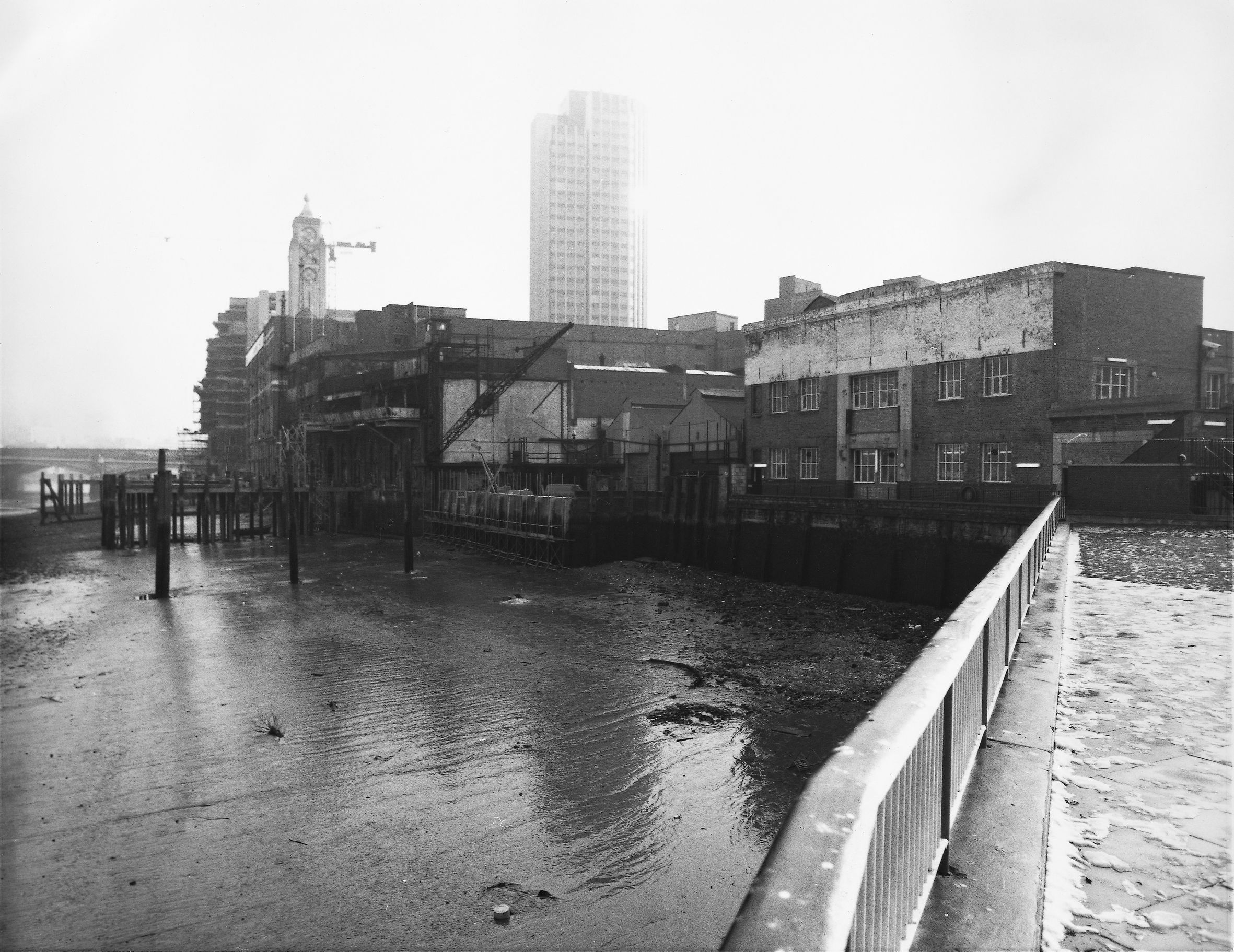 For most of the 20th century the South Bank was a very different place to how we know it now!

There’s more to the story though, as Liebig wanted to add illuminated hoardings to their newly art deco style refurbished building that would advertise their product across the Thames. One problem, there was a ban on skyline advertising along the South Bank, so the planning application was initially refused. The funny thing is, that if it were not for this law, Oxo Tower would not be as we know it today. That’s because to get around this niggly piece of legislation, crafty and ingenious architect Albert Moore concocted an idea. Instead of a brazen banner, Moore redesigned his plans to incorporate the products branding as windows ‘coincidentally’ shaped as two circles either side of an X, that ran down each side of the tower. Thus, a new landmark was born, with the tower being completed in 1929 along with the original riverfront façade being extended, whilst much of the original power station was demolished. The redevelopment even saw Oxo Tower (or Stamford Wharf as it was then known) become London’s second highest commercial building for a time. 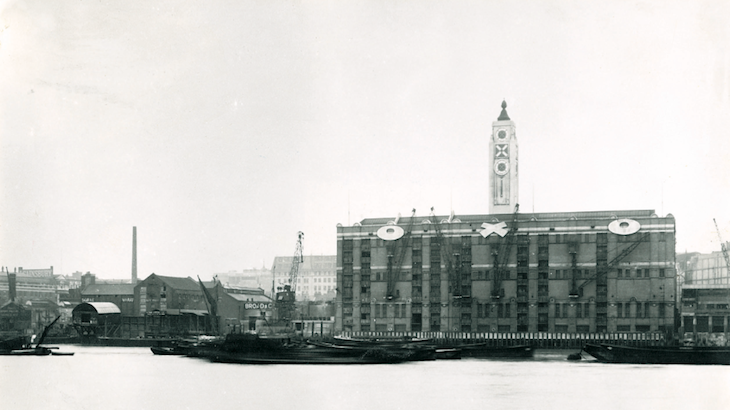 The tower in 1935 complete with original Oxo branding.

However, by the 1970s, the building was derelict and unused and eventually found itself in the hands of the GLC after several proposals to demolish the building were met with strong local opposition. Instead, the GLC sold the entire site to Coin Street Community Builders, who revitalised the entire wharf, first by opening the arcaded riverside walkway in 1988, which was followed by an even bigger redevelopment project in the 1990s. This created the Oxo Tower Wharf we know today that’s home to over 30 retail design studios, gallery@oxo, Bargehouse and the renowned rooftop restaurant and bar. The refurbishment was also recognised and acclaimed by the global architectural community, and in 1997 was awarded the Royal Fine Art Commission Building of the Year for Urban Regeneration. 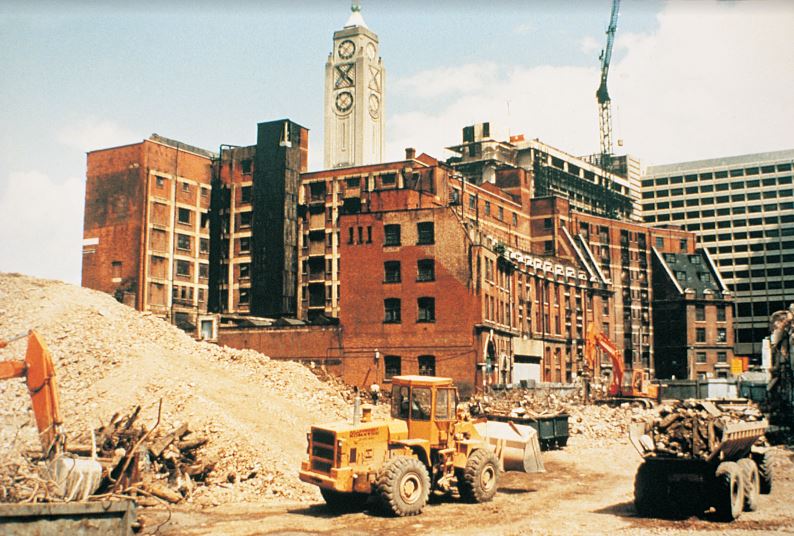 The 1980's and 1990's saw major regeneration works transform the wharf. Paving the way for the South Bank we know and love today.

Images courtesy of Coin Street Community Builders with thanks for helping provide further research for the article. You can find out more about Oxo Tower Wharf here and the important work Coin Street carry out in the community here.