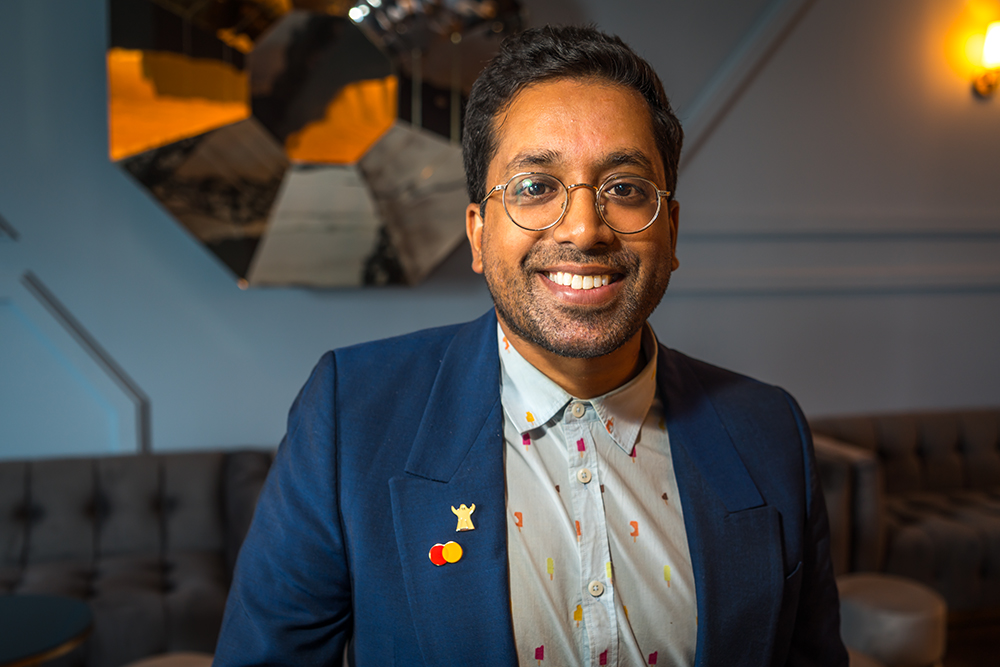 London Cocktail Week is returning for another year, and there is extra reason to celebrate, as three extra days have been added to mark its tenth anniversary. To mark this momentous occasion, we sat down with an institution of the London cocktail scene, Ryan Chetiyawardana, AKA Mr. Lyan, of South Bank’s Lyaness Bar.

A previous winner of the Best International Bartender of the Year and the brainchild of celebrated London bars White Lyan, Super Lyan and Dandelyan, Mr Lyan has gathered a cult following, helped by his unique and distinguished approach to cocktail making. He now spearheads the renowned Lyaness Bar in South Bank’s Sea Containers Hotel - a new project that occupies the same site as Dandelyan once did. The decision, in Ryan’s own words, ‘to kill off our now-eldest venue’ came as somewhat of a surprise to the cocktail community, with the announcement to embark on a new venture and shut down Dandelyan for good came in the same week as it won 2018’s prestigious award for World’s Best Bar.  That just goes to demonstrate the key pillars of the ‘Lyan philosophy’: a commitment to always be creating new ideas and demonstrate inventiveness – it’s what Mr Lyan and his team are all about.

Ryan was kind enough to take some time out of his day to answer a few of our questions, from how he got started in the world of cocktails and bartending, what he loves about Lyaness’ South Bank location and what to expect from them during London Cocktail Week.

What made you want to become a mixologist and how did you get to where you are today?

As with most, I fell into the world of cocktails. I came at it from a background in food and also through finding an output for my studies in Fine Art, Biology and Philosophy. I travelled round quite a bit, and over the course of my time at University I worked in everything from Fine Dining, nightclubs, hotels to dive bars so when I was striking out on my own, I was excited by exploring all the ways you could bring people together through food and drink.

What is the story behind Lyaness? What makes it so unique?

Lyaness is tremendously exciting to me. It channels some of the geekery we had with Dandelyan but opens up the magic of a great cocktail to everyone, rather than just a cocktail drinker. We describe it as ‘a cooks approach to cocktails’. It delves into the flexibility of a mixed drink by putting bespoke, highly-unique ingredients at the heart, and allows you as a guest to find the best output for these that suits your own particular palate and mood.

Speaking of unique ingredients, you claim that ‘Team Lyan’ has ‘an ability to make these unusual, alien and outright weird forms more delicious’. What are some of the most unusual that you use?

I think the bespoke ‘heart’ ingredients are what’s most interesting. Over the years we’ve used things like bone, concrete and snails, but with the core ingredients, we’ve applied unique processes to transform ingredients into something truly world class.

What’s your personal favourite cocktail on the Lyaness menu?

It’s a tough one! I think the Rosa Daiquiri takes it though as it does what that family of drink does so well – brilliant complexity in just a handful of ingredients.

* The Rosa Daiquiri is made with Grey Goose Vodka, Onyx, Trois Rivieres, Cocchi Rosa and Lime and is described on Lyaness’ menu as ‘Grassy and clean, with a perfect background of herbal sweetness’.

For London Cocktail Week you have created the Circle Fizz; made from Tequila, corn cream and bubbly. What was your thought process behind it?

London Cocktail Week is a fantastic event that draws people from across the world. But it is also an incredibly busy week! So, we wanted to have something that felt light, bright and fresh but retained a complexity.

If South Bank was a cocktail, what would it be?

We had an early drink that was on our opening Dandelyan Menu called a “Southbank”! It was a British take on a bright Mojito style drink but celebrated British ingredients.

What’s your most memorable moment so far from working in the South Bank?

It is such an iconic marker of London, and we’ve loved being part of South Bank for over 5 years now but bringing home the title of ‘World’s Best Bar’ was a brilliant feeling. Of course, it was great to highlight the efforts of the team with the award, but it was fantastic to do it for the whole of London and the UK – something that feels reflected in our location.