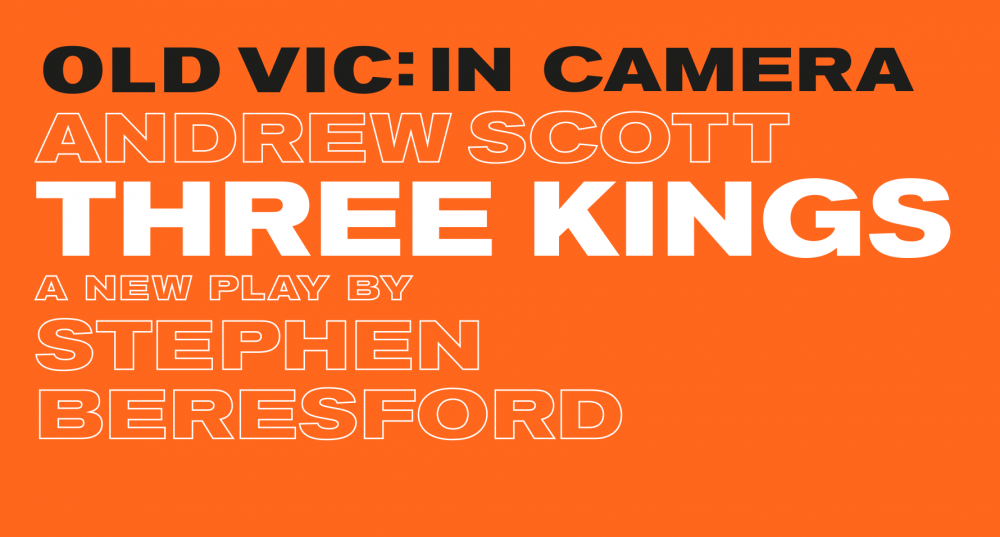 The world premiere of Three Kings, a brand new play by Stephen Beresford written for and starring Andrew Scott, has been created especially for OLD VIC: IN CAMERA. This scratch performance, directed by Matthew Warchus, will be streamed live directly from the iconic Old Vic stage with the empty auditorium as a backdrop for five performances only.

When Patrick is eight years old his absent father returns unexpectedly and in a brief but memorable encounter, sets him the challenge of ‘The Three Kings’. Years later – recalling that meeting, and the revelations that followed – Patrick traces the events of his father’s life – and takes us on a journey of grandiose plans, aching disappointments and audacious self delusion.

By turns, hilarious and heartbreaking, Three Kings is about fathers and sons, the gifts and burdens of inheritance, and the unfathomable puzzle of human relationships.

Due to illness, the performances have now been rescheduled for Friday 7th to Saturday 8 the August: for further information and to book tickets, please see here.

Revisit some favourites from the Old Vic's Archive, via Your Old Vic.

Behind the Scenes at the Old Vic

Digital Tour of The Old Vic

Launched last year, this video gives you a 360 tour of an iconic theatre