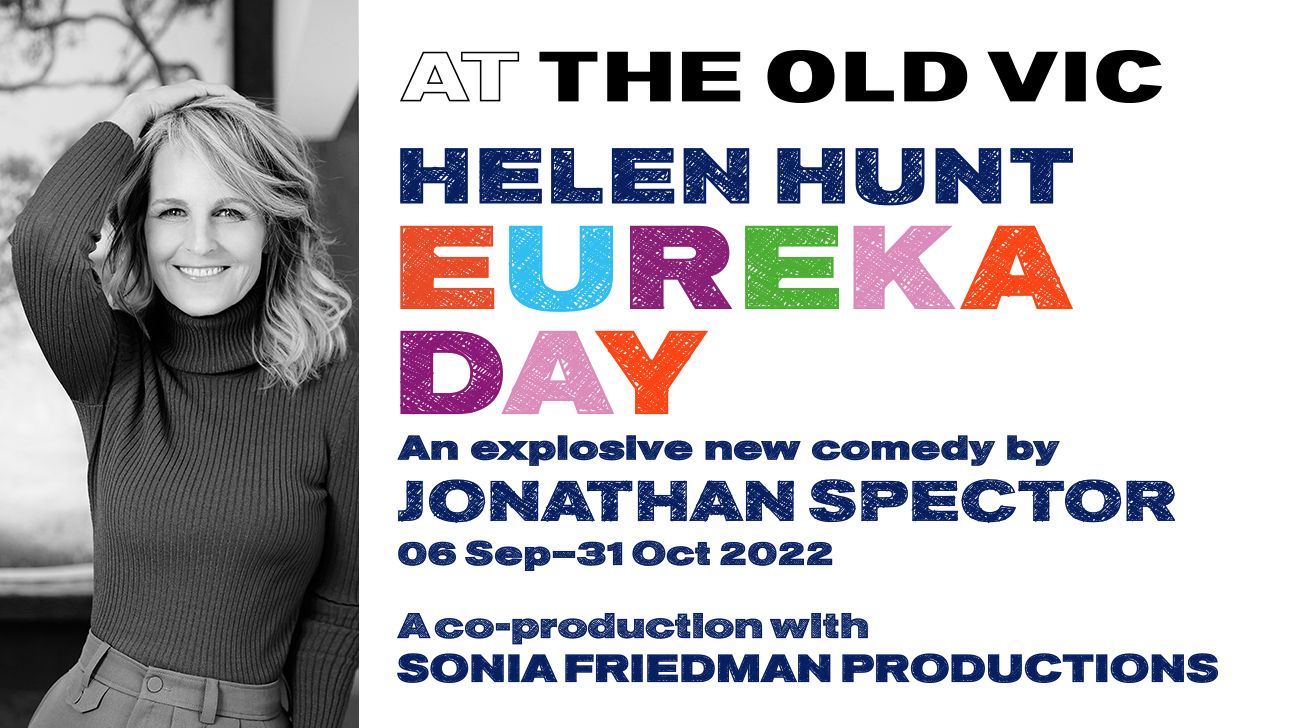 In Jonathan Spector's timely and hysterical comedy, polite debate descends into ideological warfare, as a democratic utopia tears itself apart.

Every child is welcomed at the progressive Eureka Day school in Berkeley, California – it's a point of pride for the parents on the Executive Committee.

But when a public health scare erupts, it turns out tolerance and togetherness are no match for mumps…

'If consensus was easy, everyone would do it.'

Starring Academy, Golden Globe and Emmy Award winner Helen Hunt (As Good As It Gets, The Sessions, Mad About You) and directed by Katy Rudd (Camp Siegfried, The Ocean at the End of the Lane), with further casting to be announced.

From 6 September to 31 October 2022. For specific performances, click the link below.