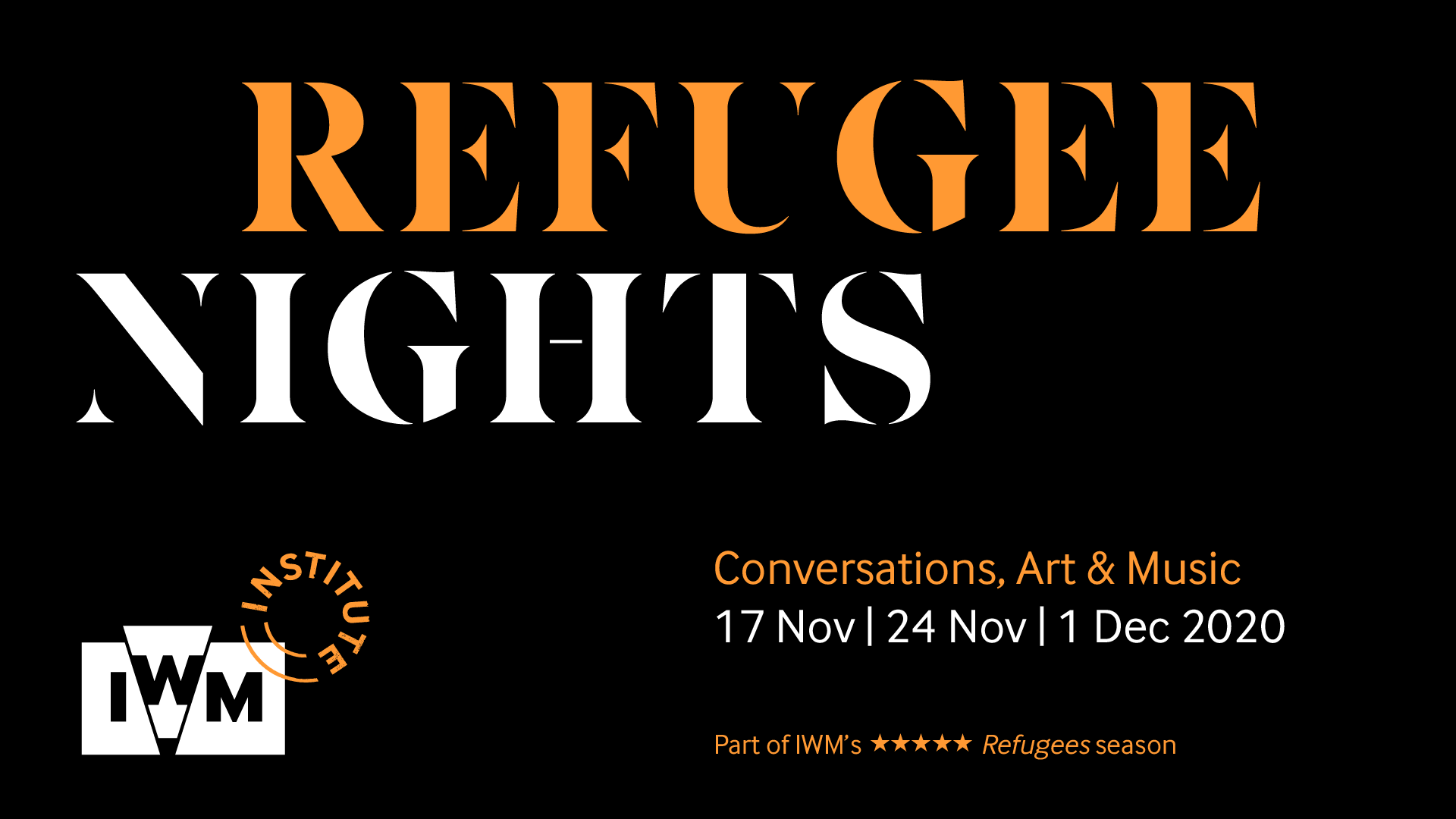 Refugee Nights is a virtual festival created by the IWM Institute marking its launch in November 2020. From those risking everything to cross the seas, to thousands who experienced the devastating fire in Lesbos’ Moria camp last month, 2020 has seen the highest levels of displacement on record. With an estimated 79 million people currently displaced worldwide, media attention has gravitated back to the so-called refugee crisis. But how much do we really know about the experiences of those behind the headlines? Over three nights, the festival will explore refugees’ stories throughout history in talks, eyewitness accounts, music and food, and celebrate refugees’ rich and important cultural contributions to UK public life.

Each night, spaced over three weeks, will be hosted by HASSAN AKKAD, Syrian refugee and creator of BAFTA-winning documentary ‘Exodus’ , who will guide online viewers through the festival and share his moving story along the way. Guests include comedian and actor Omid Djalili, Syrian activist Waad Al-Kateab and actor Jude Law.

Refugee Nights is a free event that will be broadcast on IWM's YouTube Channel.

The event is completely free and that will be broadcast on IWM's YouTube Channel.

It doesn't matter who you are or where you are from. Conflict creates crisis and chaos.