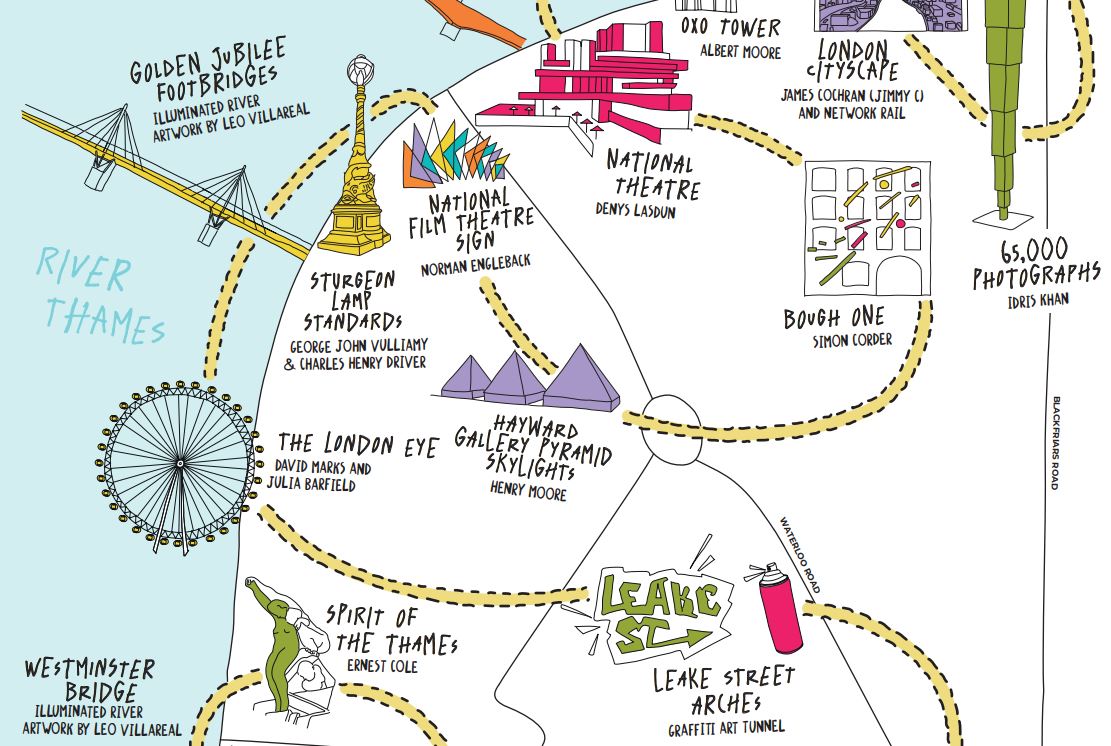 We like to think that South Bank is just as, if not more, picturesque at night as it is during the day. From the iconic sturgeon street lamps, the roof of the National Theatre, there are a range of different colour pallets that help to illuminate the skyline.

This Spring, five new additions appeared in the form of the Illuminated River project by renowned New York based artist Leo Villareal. This long-term art installation transforms the Thames when the sun goes down with an orchestrated series of light works that span nine bridges in central London. Back in April, South Bank's bridges officially joined the party, with Lambeth, Westminster, the Golden Jubilee footbridges, Waterloo and Blackfriars all now having their own unique illuminated installations.

Villareal, who works with cutting edge LED technology and custom software to ‘paint with light’, has produced sequenced patterns that subtly unfold across the Thames bridge structures. He is known for transforming the Oakland Bay Bridge in San Francisco and his designs for Illuminated River have already gained critical acclaim.

Inspired by South Bank's newest illuminated artworks, we have created an Illuminated Art Trail, which allows you to take in not only the five bridges, but also the areas' longstanding illuminated artworks, from the instantly recognisable to those you may not have spotted before. Starting from either Lambeth Bridge or Blackfriars, follow our Illuminated River Trail that you can download via the link in the side bar.

For a comprehensive guide on each of the artworks featured on the trail, click here.

To find out more about the Illuminated River Project in London, click here.