A celebration of urban art, dining and entertainment, these eight former railway arches next to the famous Graffiti Tunnel were brought back to life in 2008, when no other than Banksy turned the tunnel into an exhibition space. Today, still an oasis of street art, Leake Street actively encourages graffiti on the walls and ceilings. As a result, you'll find established artists and newcomers alike creating new artworks almost 24/7, which means that every time you visit, the canvas will have changed.

Leake Street is also home to a curated collection of independent restaurants and bars that capture the essence of urban culture. The arches are also home to the underground Vaults Theatre, which as well as hosting a number of live shows throughout the year, is home to one of the UK's largest independent performing arts festivals - VAULT Festival - which runs from January to March every year. 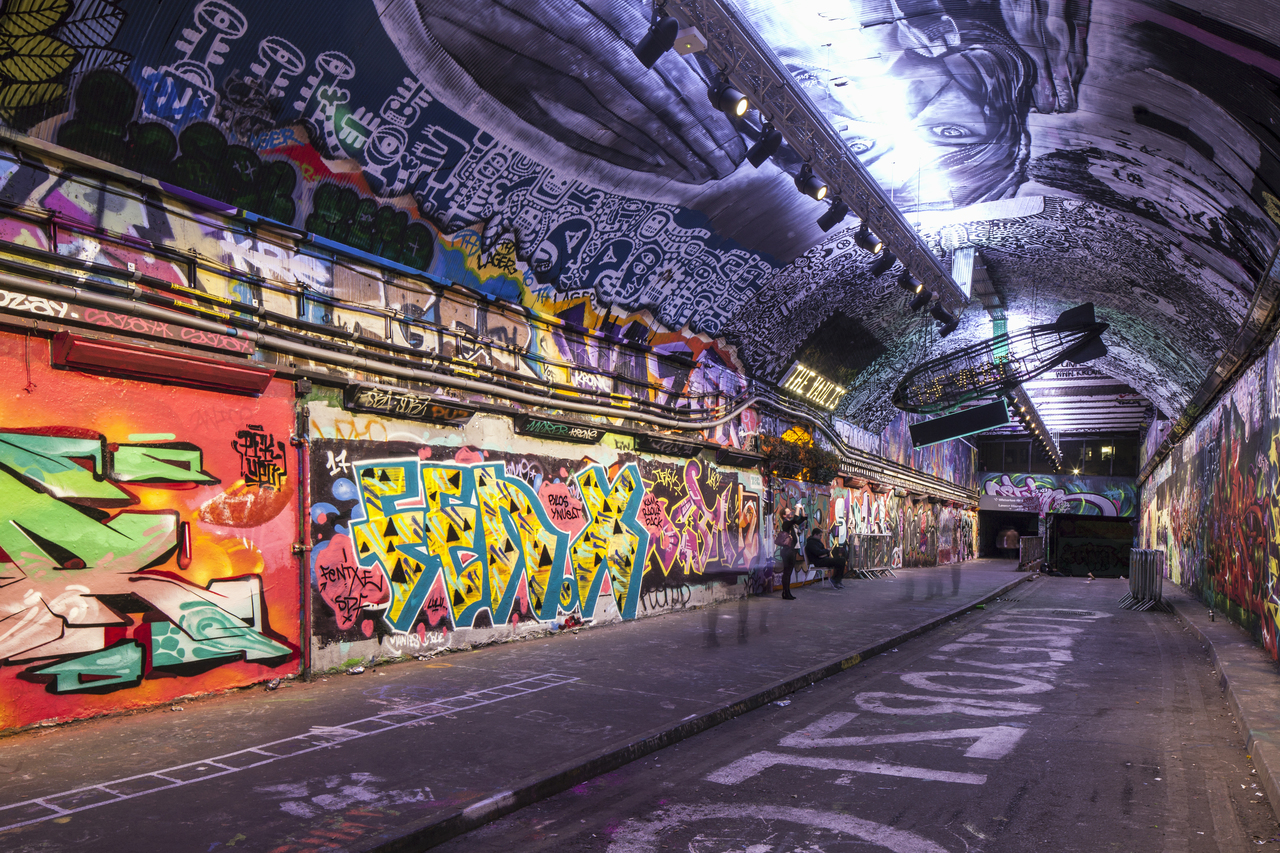