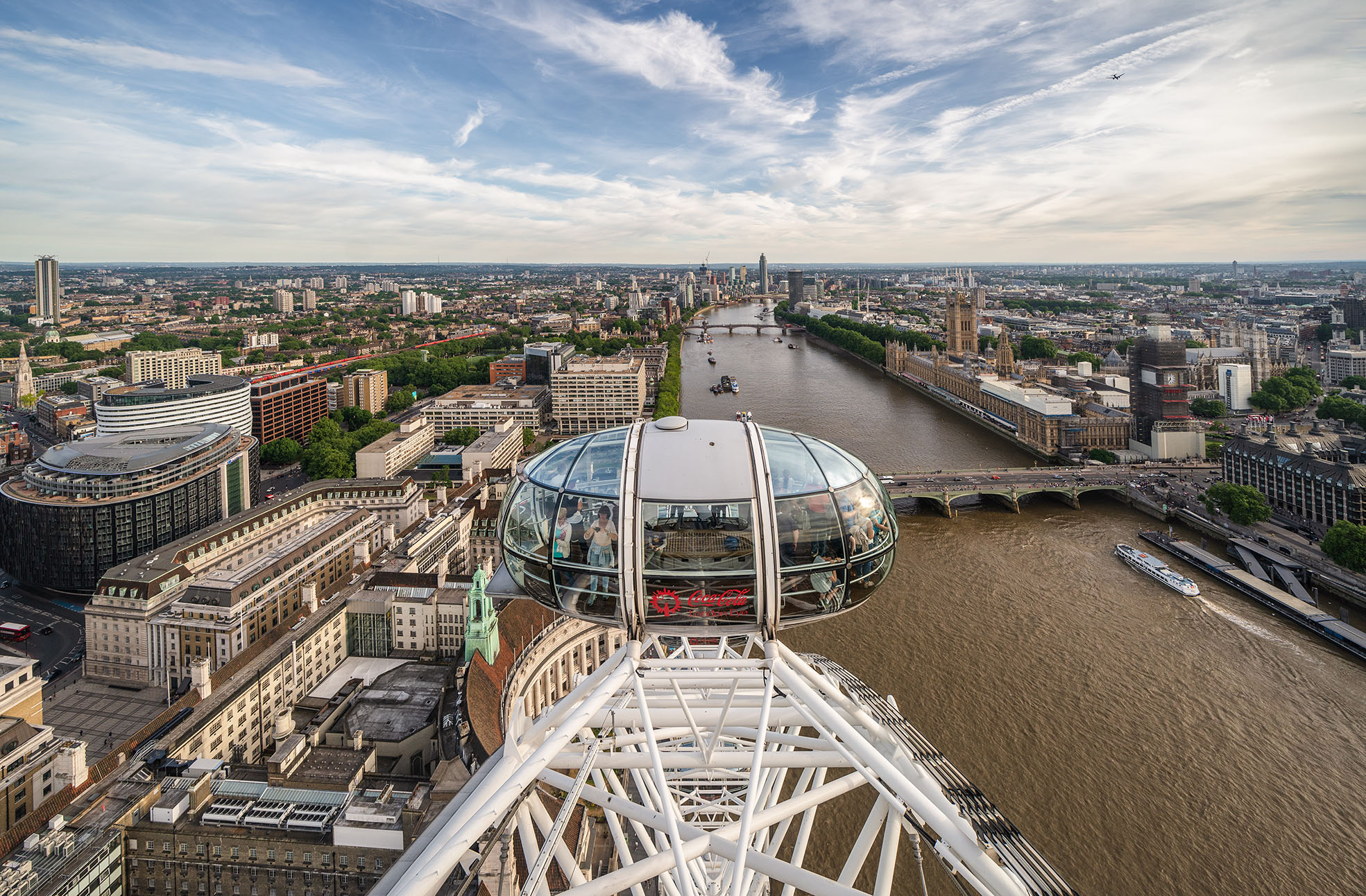 Take a ride on one of London's most iconic attractions.

At 135m lastminute.com London Eye is the world's largest cantilevered observation wheel, providing up to 40 km of panoramic views on a clear day.

It has won over 85 awards for national and international tourism, outstanding architectural quality and engineering achievement. In fact, it has become the UK’s most popular paid-for visitor attraction.

A remarkable feat of design and engineering, the London Eye gave London’s skyline a dramatic new addition and has been offering guests a new perspective on London ever since. Originally, it was intended as a temporary structure, able to be dismantled and transported to a new location, and had planning permission for just five years. But with millions boarding it every year, its popularity has prompted its lease to be extended. Today it is a permanent fixture on the London skyline and a beautiful symbol of modern London.

Watching a blockbuster at the BFI IMAX, the UK's largest cinema screen.

Who was the real Lady with the Lamp? Travel through three pavilions to relive Florence’s childhood, understand her experiences in the Crimean War and discover how she pioneered modern nursing practice. Her story is brought to life through unique collections, interactive displays and art installations.

Visit The London Dungeon to discover the capitals murky past...