Explore the experiences and impacts of war

The Imperial War Museum London tells the stories of those whose lives have been shaped by war through the depth, breadth and impact of their galleries, displays and events. With both large-scale hardware (including the two gargantuan naval guns before the entrance) and exhibitions on the social effects of war, the Museum now covers all conflicts in which British or Commonwealth forces had been involved since 1914 to present day. The museum underwent a major internal redesign and refurbishment and reopened in 2014 in time for the First World War Centenary commemorations.

The historical IWM London museum displays both permanent and temporary collections on wide-ranging topics and themes from war art to modern day combat.  Once you've explored the fascinating museum, discover the beautiful grounds where IWM London is situated. Where the great hospital wings once stood is now the expansive Geraldine Mary Harmsworth Park, named after the mother of Viscount Rothermere. 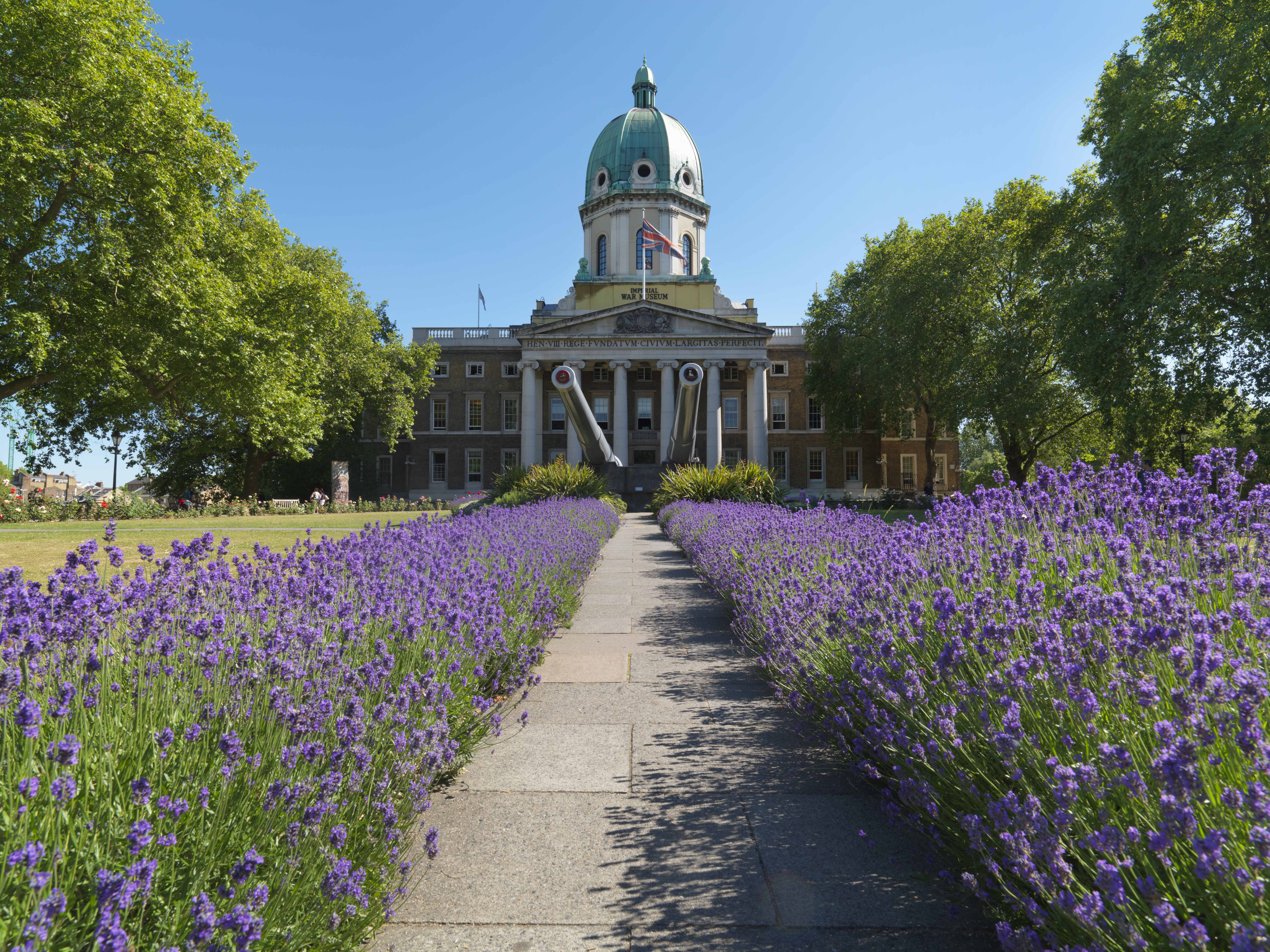