The Hole in
The Wall 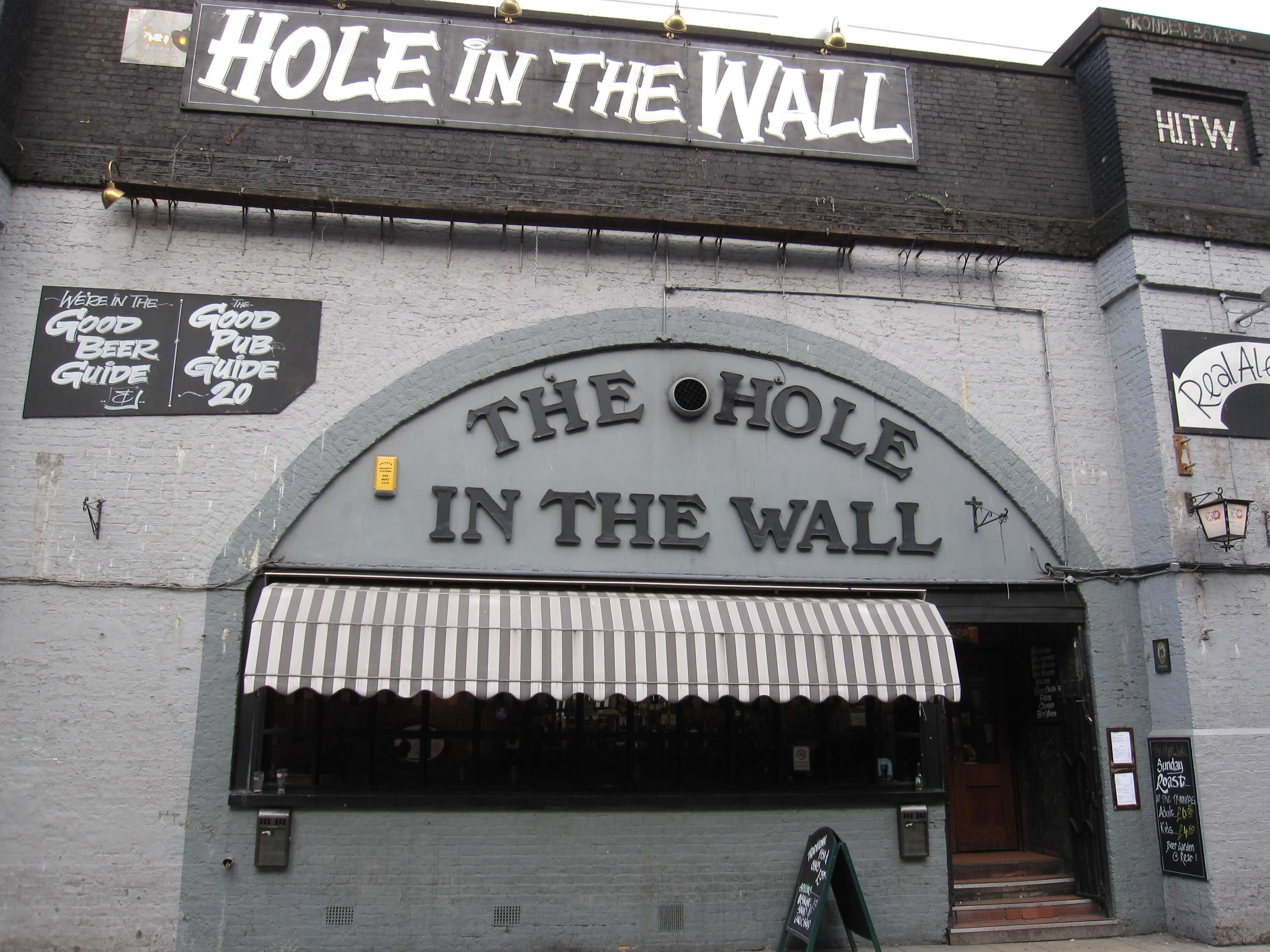 Hole in The Wall

Opened in 1947, The Hole in The Wall is pretty much an institution in Waterloo - and it's stayed pretty much the same for years. A stone's throw from Waterloo Station, this little gem of a pub is actually quite a large hole in a wall, being situated situated in an arch beneath one of the main routes used by trains to enter Waterloo station. Every few minutes there is a train rumbling throughout the pub which gives the place an Old Time charm.

The food served at the Hole in the Wall does have a rather large selection of beers on tap. There are five ale hand pumps. They also do Leffe Blonde on tap, a great tasting lager.  Other beers on tap include Hoegaarden and Becks Vier.

When you consider its proximity to the station and the excellent range of beers on the hand pumps, it is clear to see why the place has an appeal amongst commuters to and from South Bank and local employees .

Not a great place for a romantic tête-à-tête, but a handy one to put right the evils of another day in the office or kill time while waiting for that train.

Enjoy breakfast, brunch, lunch or dinner with views across the Thames as your backdrop.

A relaxed all-day café and late night bar located in the basement of The Old Vic.

A stylish bar open from 5pm until late 7 days a week hosting live music every night.

The iconic dining destination serves up sophistication and stunning views.

Riverside restaurant serving a mixture of French cuisine and European classics as well as coffees and pastries.

Riverfront Bar & Kitchen is a Thames-side restaurant, bar and terrace with menu of British and international snacks and staples.