With a restaurant, an on-site microbrewery and 60 taps of draft beer over two bars, BrewDog serve some of the freshest beer in London and some of the greatest food that’s ever graced the inside of a train station.

But why stop there? There’s a Grind Cafe for your brunch and caffeinated needs, a cocktail hideaway, a co-working space, a podcast recording studio, duckpin bowling and AN ACTUAL SLIDE, there’s plenty to keep you occupied while they clear the leaves off the line. 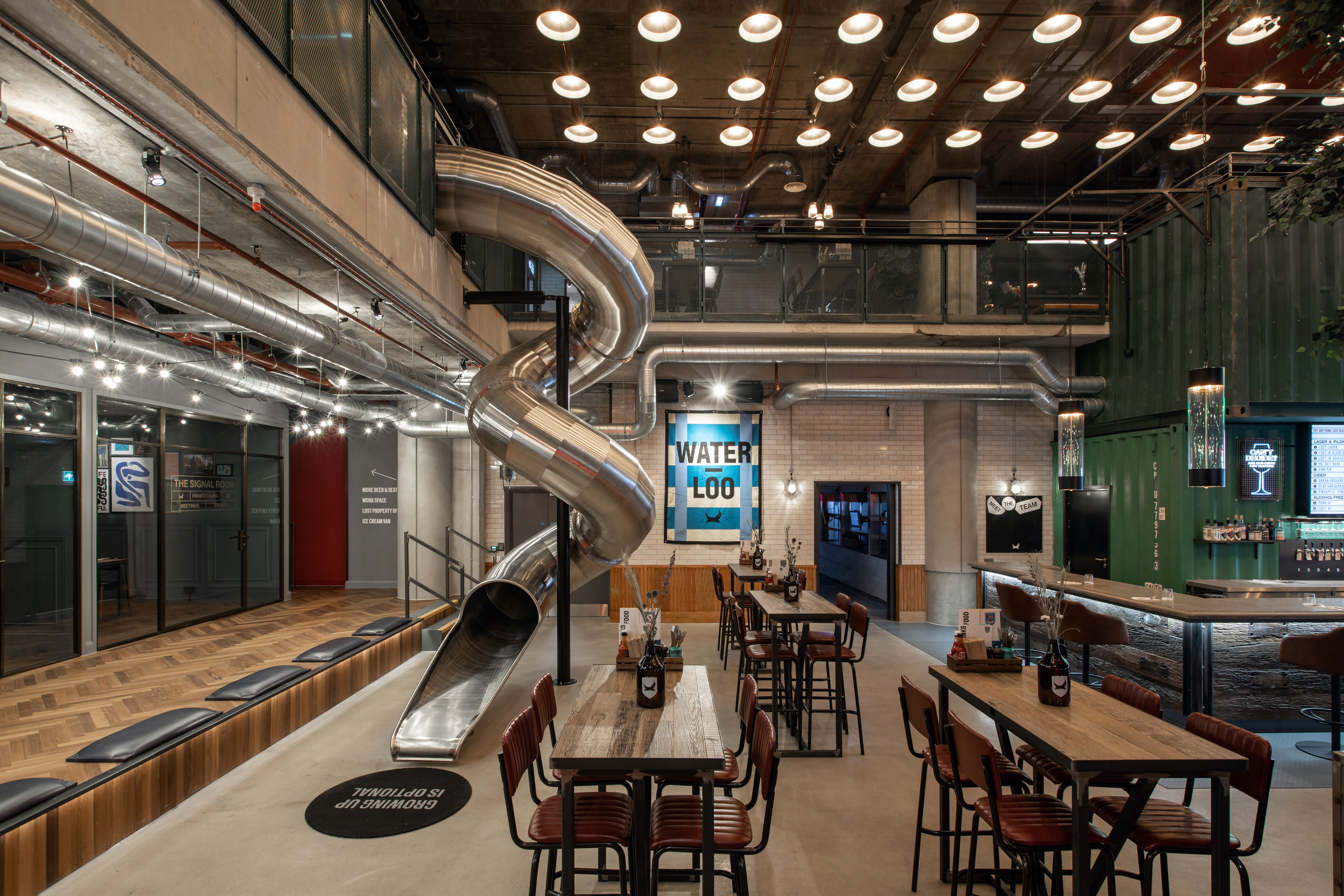