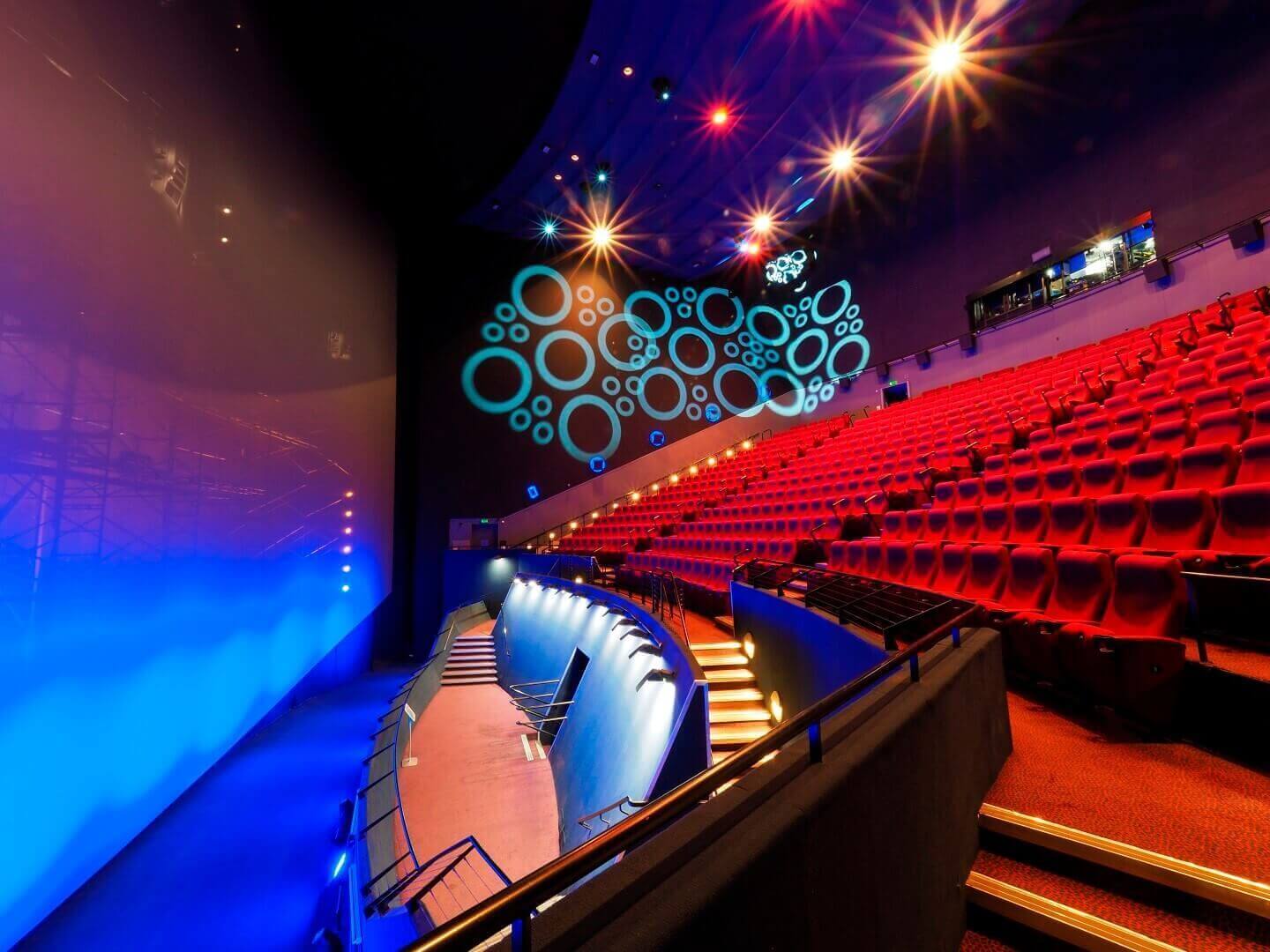 Seeing a film at the BFI IMAX is like nothing else - digital surround sound, a screen almost as high as five double-decker buses, 489 seats (including 69 premier seats), and that's just inside the auditorium.  The giant glass drum of the BFI IMAX, London's (in fact, the UK's) largest state-of-the-art cinema, boasts a 20m by 26m cinema screen and a sound system of over 12,000 watts.

It was originally designed by Bryan Avery Architects and completed in 1999. The venue as won a number of prestigious awards at the time of opening, including a Design Council Millennium Product Award in 1999 and a Civic Trust Award in 2000. BFI IMAX is owned by the British Film Institute and since July 2012 it has been operated by ODEON Cinemas.

Although the IMAX has an underground line just four metres below, it is totally sound and vibration-proof, with the entire upper structure sitting on anti-vibration bearings. Film lover's book tickets and travel from across Europe for the immersive experience of the latest blockbuster or classic re-release.

There's also a Costa Coffee, Yog, a bar and even a beer garden! The very latest IMAX films, some old favourites and highlights from ODEON Plus as well as educational films all add up to a really big experience.

Sorry, no events match your search. Why not try something else?

The No.1 sightseeing tour on the Thames - choose from afternoon tea, sundowner and even Elvis cruises.

Visit The London Dungeon to discover the capitals murky past...